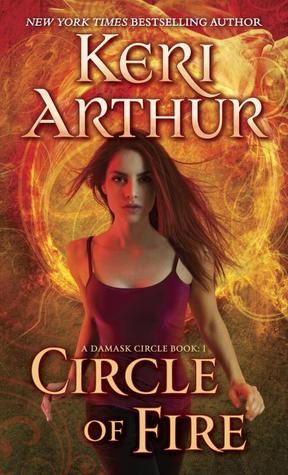 Synopsis: Sixteen teenagers taken from their homes. Eleven bodies recovered, each completely drained of blood. Some believe vampires are responsible. Jon Barnett knows that what’s happening is far worse. Sent by a group of paranormal investigators known as the Damask Circle, Jon quickly becomes enmeshed in a web of black magic and realizes he needs help. But fate gives him only one choice.

Madeline Smith has retreated to an isolated farmhouse, afraid of the abilities she cannot control—abilities that have killed. But when a “ghost” brings a warning of danger and her nephew goes missing, Maddie not only has to leave her haven, she has to place her trust in a man who is neither ghost nor human. As the noose of sorcery tightens, the search for the teenagers becomes a race against time. But the greatest danger to Maddie and Jon could be the intense feelings they refuse to acknowledge but cannot ignore.

Review: I started this series thinking Keri Arthur was publishing a new one alongside the Dark Angels novels. I didn’t know that they were republishing her older works. It’s very interesting to become familiar with an author’s style and ability and compare it to something else. I noticed after a while that this had more of a pedestrian quality to it as opposed to the Dark Angels series. I’ve only read the first Riley Jenson novel but it did not feel quite on that level either. This is not to say that the story wasn’t straightforward and enjoyable in some parts. I thought the mystery was good and it worked fine as a standalone story. But it’s not my favorite effort by Arthur.

I didn’t really become invested in the development of the protagonists or their relationship to one another over the course of the book. The most interesting aspects were the villains and the world building, but as I said, Arthur’s definitely done better. This is the first of a trilogy, though to me if felt perfect as a standalone. I honestly doubt I will continue with this as I’m more likely to read her other books instead because I’m not yet caught up on either one.