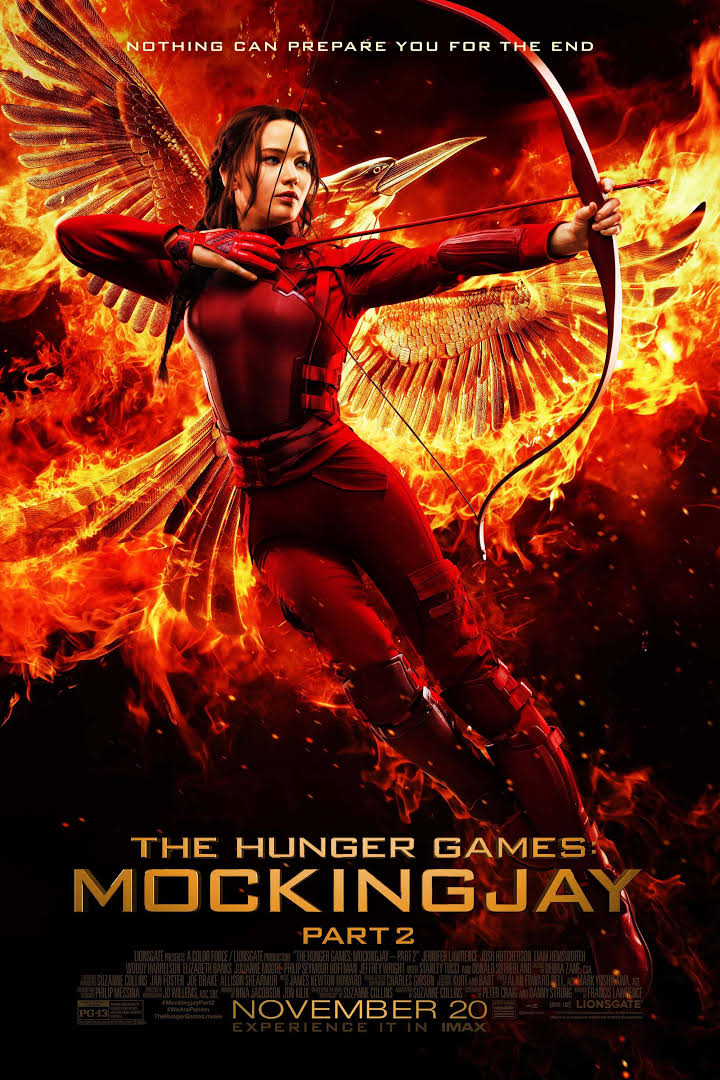 And now it’s time to say goodbye to Kat and company. Granted, the last book wasn’t my favorite by any means, but that doesn’t mean the film franchise can’t do its best to go out with a bang. To be honest, the hype has seemed a little mild building up to part two of this conclusion. It’s like the upcoming Star Wars film has booked every seat on the year-end blockbuster hype train. Sometimes that can be a good thing to temper expectations though.

Vamp:
The Capital is waging war on the other districts of Panem, leading their inevitable destruction. It’s once again Katniss Everdeen, to lead the charge against President Snow, but she and all whom she holds dear may have to make the ultimate sacrifice to do it.

What I liked:
One of the biggest pitfalls of the book was that it was in first person. There was so much time spent with Katniss sitting around and doing nothing while all the action was happening elsewhere. By that time I ultimately decided that I no longer liked the character, the book became excruciating, and I couldn’t wait for it to end. Thankfully it did and thankfully the movie gives us more in the action department. We also see more supporting character interaction and development.

I think Donald Sutherland knocks it out of the park as President Snow. He was by far one of the most interesting characters. As the final showdown approaches he becomes more unhinged and effectively creepy. You may even find yourself laughing at the character in a couple of scenes. I thought Jenna Malone also gave a really strong performance. She’s underrated and I hope we see her in more mainstream films in the future.

Another plus was the run time. Since we already had a part 1 due to the Harry Potter Cash Cow Effect, thankfully it didn’t feel overly long, clocking in at a solid 2 hours. I still don’t think the story warranted two films, but it was entertaining at the very least. I hadn’t read the books in a few years so there were a few scenes that I couldn’t recall, but filler or not I enjoyed a couple of sequences a lot, especially one involving Finnick in all his badassery.

What I didn’t like:
Sometimes the film didn’t pack enough emotional punch for me. The chemistry between Katniss and Peeta didn’t seem as good as it was in the original film. On screen I felt more between her and Gale. And for the record, I had no real horse in that ship war and still don’t. I’m about as neutral as it gets on that one.

Overall: All in all it was a solid. It touched on the biggest moments I remembered from the book so it did a decent job at remaining faithful ‘til the end. It wasn’t my favorite film of the year, but I know it might be for a lot of people.

**This is post is also a part of my guest review for my friends over at The Grand Shuckett.