Hi everyone!  I apologize for my late post, but Breaking Bad consumed my free time for the past few weeks and I wanted to finish watching it before I was spoiled on the ending. I am happy to announce that I remained spoiler free!  What an amazing series. It gets my high recommend, especially in the later seasons.

But now that that’s out of the way, I have even better news.  If you’re a fellow reviewer, blogger or librarian you can now request the advanced reading copy of The Undead Pool on Edelweiss!  Approval is not guaranteed and there is a waiting period, but you can surely try.  I’ve read it and it was absolutely phenomenal.  While I won’t post my full review until closer to the release date next year, if you’d like to see a few of my favorite non-spoilery quotes you can check it out on Goodreads:

Are they a tease? Yup :P. But I don’t think it’s much more than something you’d get out of Kim for instance. I have my share of quotes that are outright spoilers too (because so much of this book is damned re-readable), but of course I’ll keep those to myself until the book’s out. *sigh* 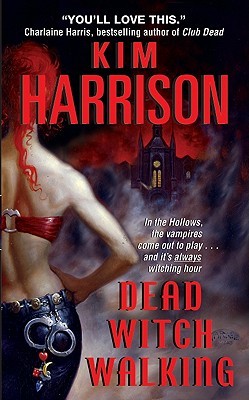 as initially planning to do my own personal series re-read, knocking out a book a month starting in January as a final countdown to the final Hollows book.  But I guess Harper and Kim had other plans so I’ve decided to jump on board with it.  Dead Witch Walking has come and gone, but The Good, The Bad, and The Undead is coming up next week. I recommend you participate if you can carve out some time.  Kim has started a Goodreads group dedicate to it and is interacting with us there as well as on her blog:

Harper and Kim are also offering giveaways in conjunction with the read-along.  Currently up for grabs is a chance to win the first 5 books signed by Kim. Sign up with you’re interested!  Kim also holds her own separate giveaways:

The ebooks are also on a revolving sale. Dead Witch Walking is currently $1.99 until October 14th.  Then the next book will be on sale for its read-along time frame and so on and so forth.

As for me, I’ve been reading quite frequently lately, but not reviewing, so I’ve got a stack to catch up on.  I’ll try to get them up as soon as possible in the coming weeks as well as post my own giveaway very soon!

This article has 10 Comments