Hi everyone! So I recently returned from San Diego for Comic Con and I have to say it was my best experience yet!  I wanted to have a report ready everyday but unfortunately I was so busy that I really didn’t have the time! I’m still battling a bit of jet lag but I wanted to get this to you all ASAP. I’ve uploaded my photo album to facebook and I plan to add more pics:

We obtained tickets for the preview night. Though the con officially starts Thursday some lucky people gain early access to the exhibit hall and some panels. I got to see a couple new pilots for upcoming series this fall: The Originals and Almost Human.   The Originals is a spinoff of The Vampire Diaries focusing on Klaus and Elijah. The pilot wasn’t half bad, though it was clearly on a budget. I also found myself question who’s good and bad.  I stopped watch The Vampire Diaries a couple of seasons back because I just can’t get invested in the main three characters, but I didn’t mind the supporting characters. Since this will highlight them more I may follow it for a bit to feel it out. I attended a panel later where Joseph Morgan and Julie Plec talk about Klaus and Caroline’s potential fate:

Almost Human starring Karl Urban and Michael Ealy and Lili Tyler sort of feels like a modern Robocop and Minority Report crossover. I was personally impressed with the pilot. I was really entertained and it felt fresh! I’m just concerned because the show will be on Fox and they will can good stuff in a heartbeat. It also looks expensive.  This is a J. J. Abrams show so MAYBE it’ll get a little more backing, but I’m cautiously optimistic. 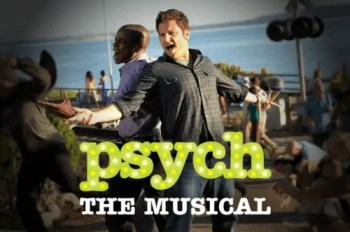 We got a chance to see  Psych The Musical at the Gaslamp movie theatre at midnight.  It was super fun and they passed out free candy and popcorn and drinks.  Even better, the cast showed up to pass out t-shirts! We were super close to them which was nice.

On this day  was mainly gearing up for the Teen Wolf panel.  I sat in for the panel before it and it featured the actors who play Jon Snow from Game of Thrones and Glenn from The Walking Dead.  The actors from Grimm and Dr. Who were there as well and the panel was a lot of fun.  But after that panel I was able to movie up to the 3rd row for Teen Wolf:

They had a party afterward at MTV 2 and I wanted to rush over to get an autograph but there was a train in the way that just wouldn’t move and that slowed me down immensely. They stopped signing autographs before I could get up there though I was in line for a while! Got a few pics while they were signing and at the party (they were separated from us regular folk :P)

The concert following it was really nice:

And some video:
http://www.youtube.com/watch?v=8Vtq_9JRg7g – video of Dylan

I think the twins are cuter in person than they are on the tv. But yeah, I was super bummed to miss out on an autograph but determined to go to their signing the next day.

After that I went to a late night showing of the new Treasure Island inspired pirate series by Starz called Black Sails. It should premiere in early 2014 but we got to see the pilot. Some CGI was unfinished but it wasn’t too bad. I thought it was a great pilot! And we got FREE tote bags!

I got up at 5am to get in line for the Teen Wolf signing. I was maybe in line by 5:30am and that STILL wasn’t enough to get tickets! I was even more bummed, but I managed to get some for Almost Human (a new show that will be out this fall) with Karl Urban and Michael Ealy. I like those actors (they’re hott and talented) and they both were super friendly and liked my costume! Comic Con staff didn’t allow us to take photos while getting our stuff signed but they took video of me leading UP to the signing, lol:
http://www.youtube.com/watch?v=JSlaxCae5W8

I did get a consolation prize in that I got to ask Tyler Hoechlin a question at a separate panel. He seemed to appreciate it. I had someone video record it for me.
http://youtu.be/OLdDkdFbrNE?t=48s

It’s rumored that he may be the new Batman/Bruce Wayne in the upcoming Man of Steel/Batman crossover. I wish him the best!

The Almost Human signing was actually AFTER this panel and a lady came up to me and said she thought I asked a good question to Tyler and she was impressed by how composed I was. At the Teen Wolf panel so many girls could barely contain themselves while asking questions, though I found it adorable, haha.

My friend and I also ran into Olivia Munn as she was leaving her hotel and SHE took aselfie with us!

We tried to crash a DC Comics party with Henry Cavill at the Hard Rock Hotel, but they had it wrapped up tight so it was a no go! I met someone who got to go on the way home though and she said Cavill was pretty nice and took a pic with them. And it goes without saying that he’s super handsome.  He was partitioned off from the general public too (like the Teen Wolf cast), but he came over anyway.

We hit up the Samsung Galaxy store and it was awesome! They were giving out t-shirts and a bunch of free stuff like usb car chargers, LED fans, and portable mini-speakers. All for free! They also had cupcakes and photo-ops, and did I mention cupcakes?!

We decided to bring back our costumes from last year and it worked out very well! Not sure if any of you watch Spartacus or Arrow, but Manu Bennett is a fave actor of mine. On Saturday we were in line trying to meet him and then the staff made us clear the area because they didn’t want a line forming, but we still hovered around the general area. So then we see a line forming again and they wanted to send us OUTSIDE with a long line when we were never told to go there in the first place. So as we are semi-squabbling with the staff, and as this is happening Manu walks right up to us for a pic with his OWN camera so that was nice vindication. The staff shut up after that :P:

He’s so sexy *drool* And his hands are nice. They were getting pretty low there when posing, but it was still respectful. No complaints on this end!

We also posed with a former bond girl. She was really cool!

Anne Rice was there doing a signing, but I didn’t really have the time to get tickets for it, but I got a pic of her:

I bumped into the hosts for SyFy’s show Face Off too and they took a pic with me!

For Sunday we wanted a normal photo with Manu and we got to talk with him a bit and he said we were his favorite costumes and he was showing us off to people, lol. He said we were beautiful in and out of costume and I’m sighing inside at this point and then naughtily thinking to myself that he’s beautiful in and out of clothes :P. He was pretty touchy feely then too, but again, no complaints. I’d nuzzle with him any day of the week:

I ran into Seanan McGuire (aka Mira Grant) on Sunday as well. She was being rushed off to a panel, but I got her to autograph one of an October Daye book! That means you guys have gotta stay tuned for an upcoming giveaway very soon!

Here are a couple of my fave random videos with super awesome costumes:

So all in all it was another successful Comic Con! I am already looking forward to what’s in store for 2014!

This article has 15 Comments